My new to me mower.

Commercial grade walk behind Bunton. Company was bought by BobCat as I under stand now.
It has a 48 inch deck, 14hp manual start Kohler engine and the reason it is now mine.

I have had to work on it before to get it to start, the former owner is a run them dry guy with nothing in the fuel. In every case I have had to remove the float bowl and free up the valve and seat which had the float stuck.

I finally got him to use stabuil in it, but of course if a little (per the bottle label.) is good more is better. Then you incounter a sand like substance that clogs up the filter and valve in seat.

He only used it a couple times a year since 2006 to mow paths along side the rented out field and thru the woods where he can't get his compact Ford and brush hog. 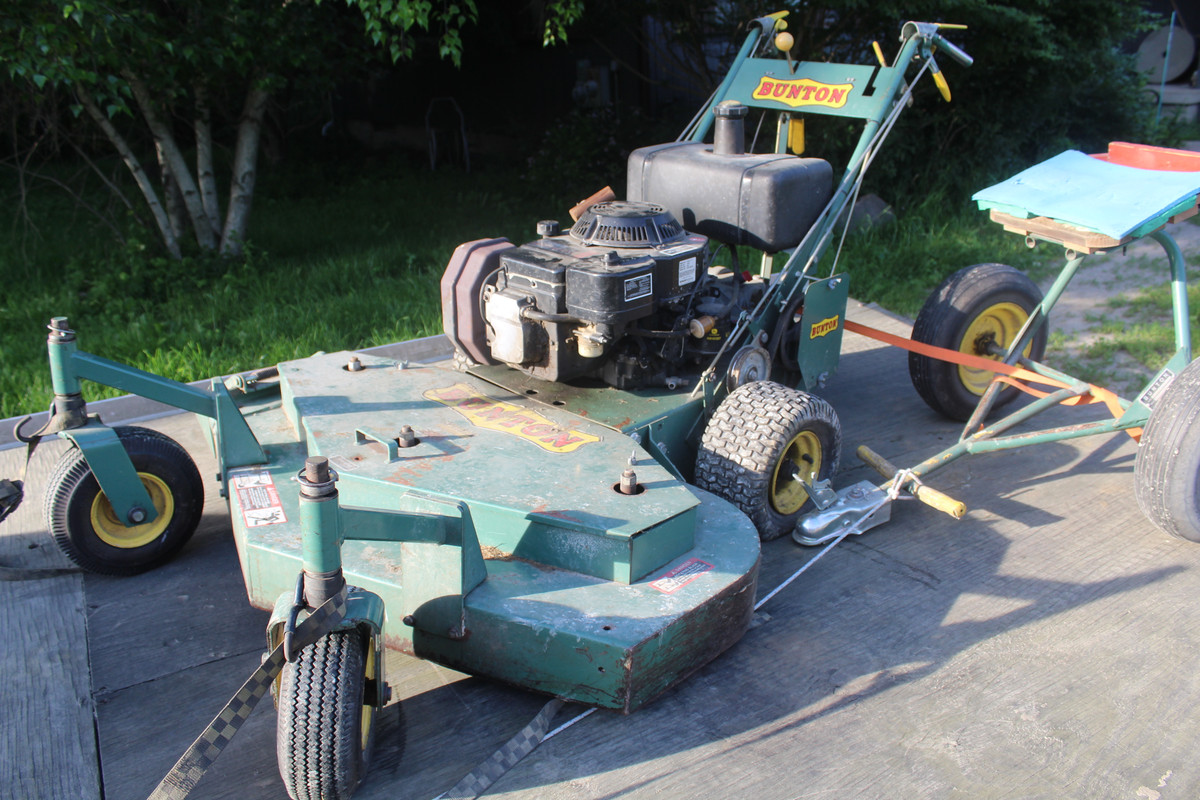 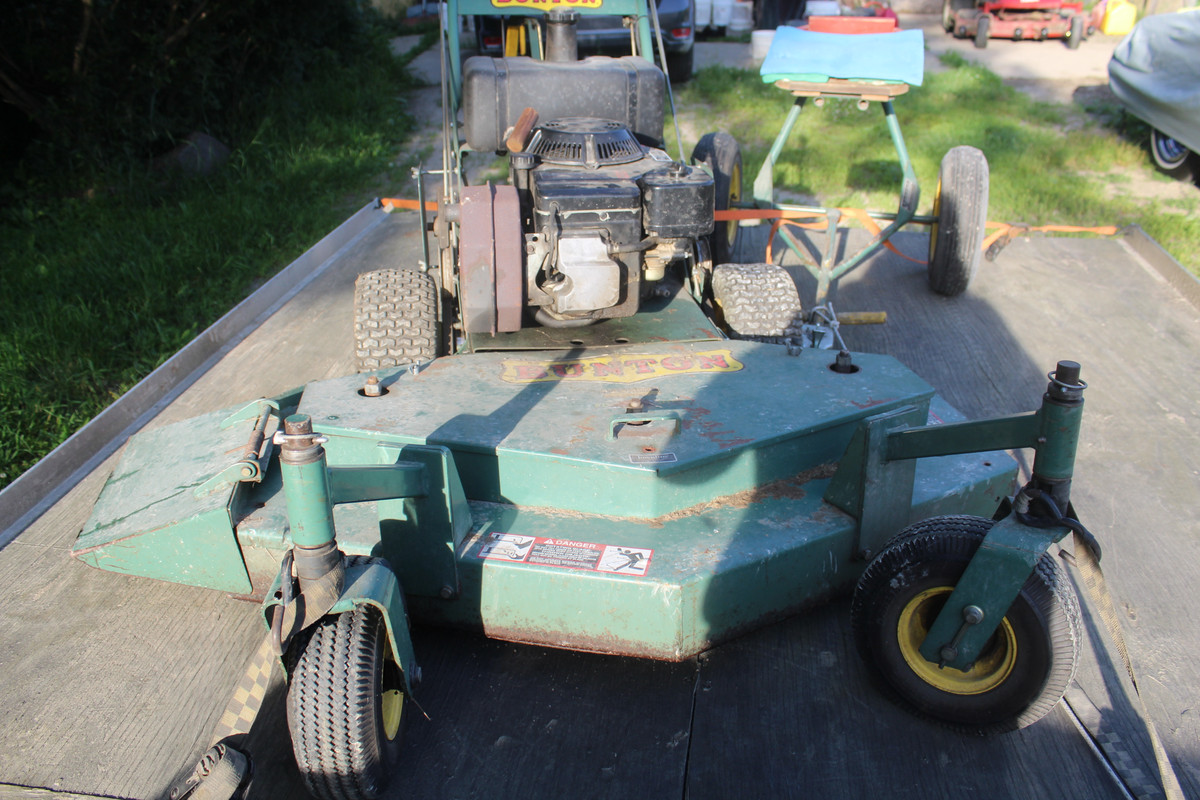 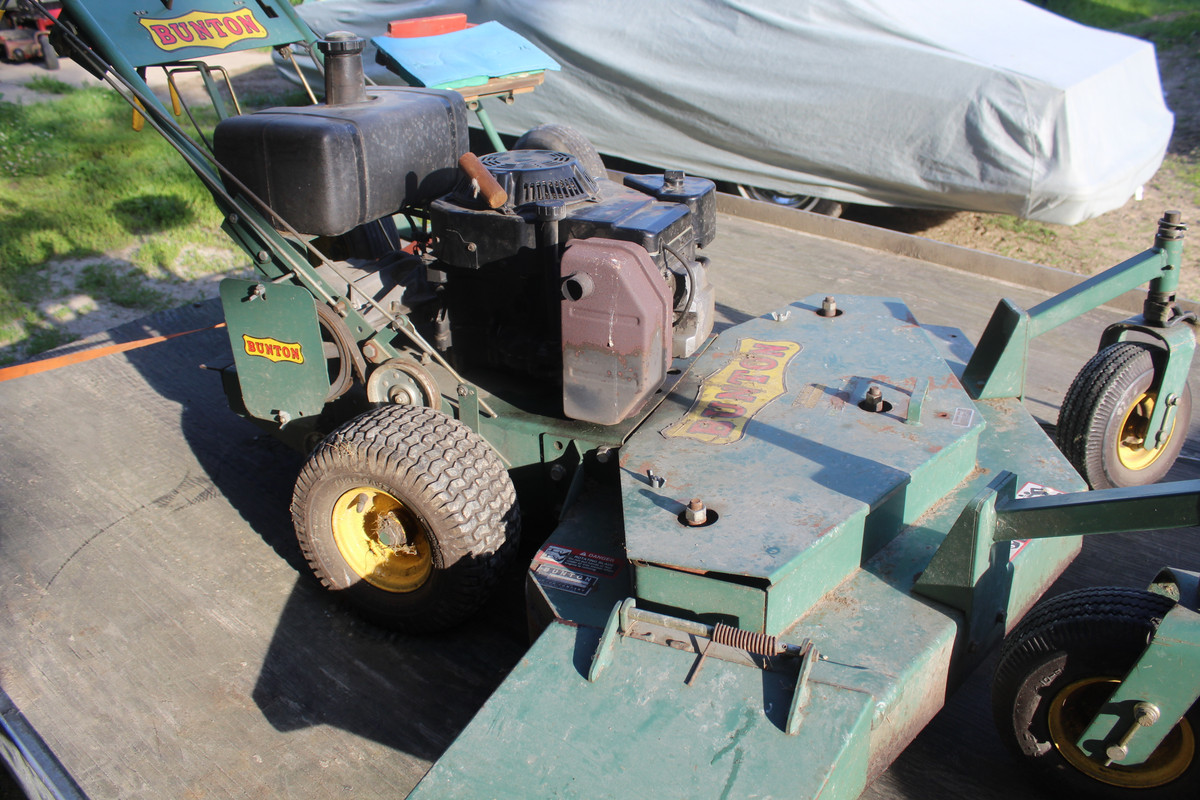 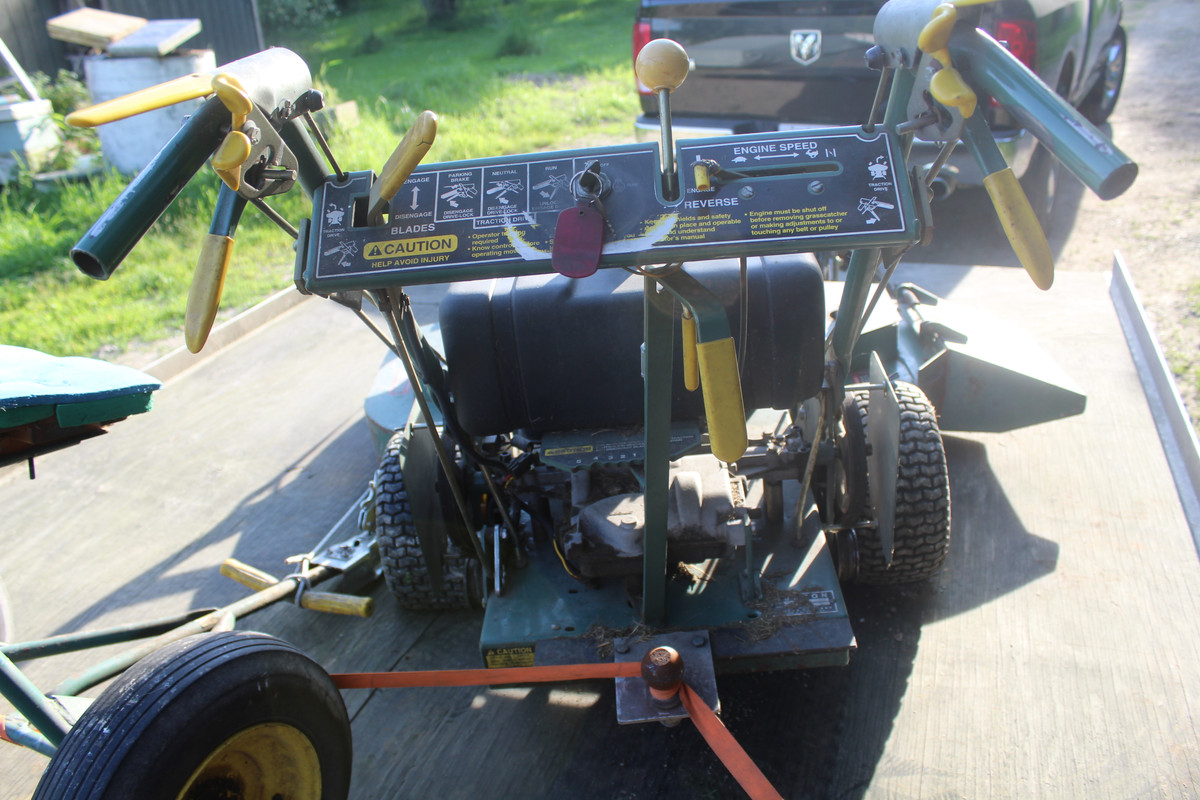 I plan on useing it to mow along out new fence line. We finally got the last post set in place.

Also will mow the paths thry the field the pups and i walk.

Still haven't gotten my new mower started yet. Have it figured out the igition coil is bad and will get one soon.

Spend a couple weeks taking it easy due to a health scare.


I ordered a new Ignition coil with 2 day shipping. Today is day 3 and it isn't here yet, Tracking said it made it to a town 20 miles west of here 2 days ago.

Amazon has reshipped my order. Supposed to be here Wednesday,.
I am getting a pet scan Wednesday morning so don't know if I will feel like installing the igition coil in the afternoon.

August 1st.
Igition coil came in the mail late delivery so no time to install it yesterday.
Hope to get it installed today and use the mower.

Got the coil installed and the moter started on two pulls. Good thing too as the recoil rope broke on that last pull. Have it off now waiting for the time to fix it a new rope I got to be installed.

August 4th.
Got the recoil fixed and have had it out mowing. Need to redo the sulky as it is a pain to use, really a pain in the rear.

Works great mowing the paths. going to give it a trial run in a ditch soon.

Sept. 5th.
Got the mower going have to watch when I go to start it.
(1. make the swtch key is in the on postion.
(2. Make shre the gear slector in in Netural.
(3. make sure the blades are not engauged.

I have pulled and pulled to get it to start then discovered I had failed to do one of the above 3 things.
I have used it in some taller grass I wanted to mow and it didn't do much more than remove the leaves from the stems.
But the next time i went thru the area a week later if cleaned it right up.

OK I broke in the new section so ya'll can start posting here.

Al
You must log in or register to reply here.