Zigzag or two flipped 45s in a drain line. Is this OK?

I have a sink drain line that has two 45 flipped to create a zigzag angle before empty into the main line. Is this an appropriate angle to have in a drain line? I need just the slight angle and it is a tight situation so I am trying to figure out my best plan. Of course proper slope is taken into consideration as well. 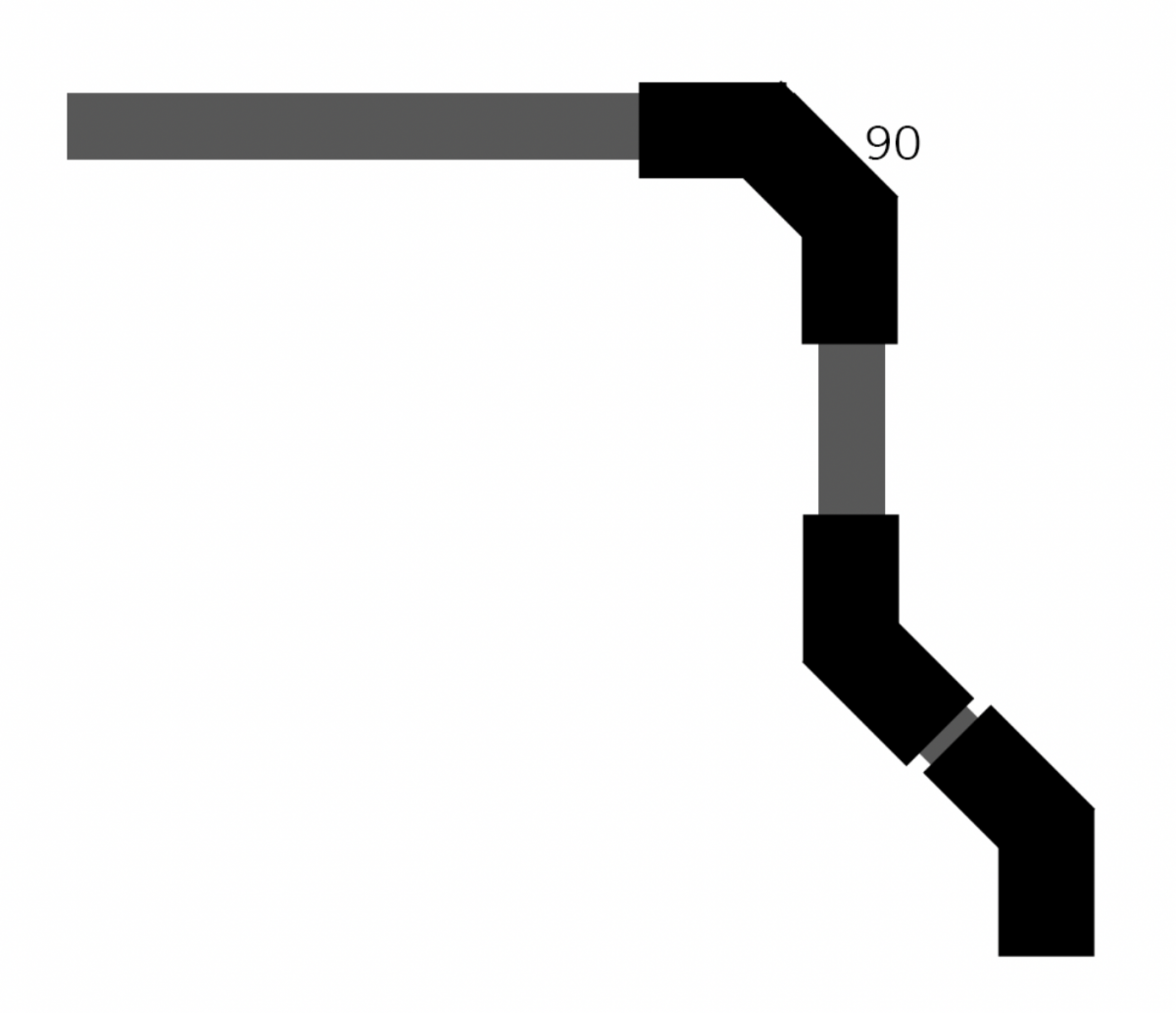 I assume you do have a P trap prior to the horizontal pipe?
F

Correct. This would be the end of the drain after leaving the sink trap.

Why is there a need for the offset? Is there an obstruction that prevents hooking the horizontal pipe directly to the vertical pipe? The fewer joints, the less chance for future leaks.
F 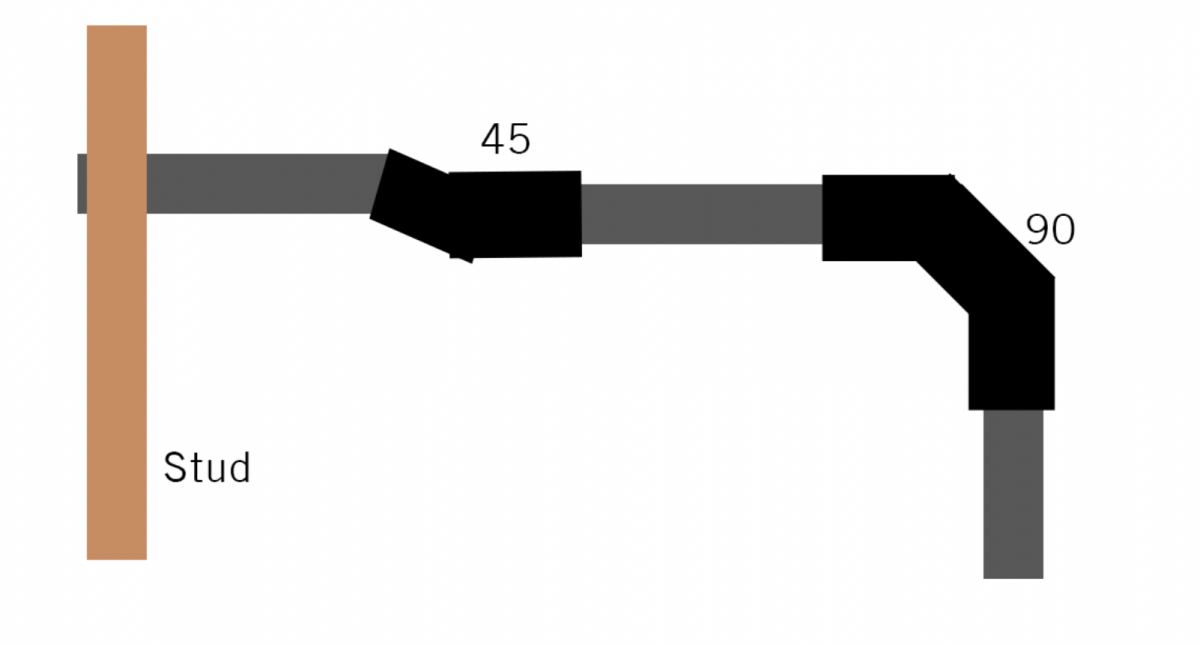 Instead of relying on confusing illustration, it is probably easier to actually look at the real thing! Thanks again for your thoughts.

This would be my second option that I last posted, although I feel like my first idea is a better one. That ball valve would be moved higher and out of the way, so that isn't an issue. The 45s going down connect directly into the vertical pipe. 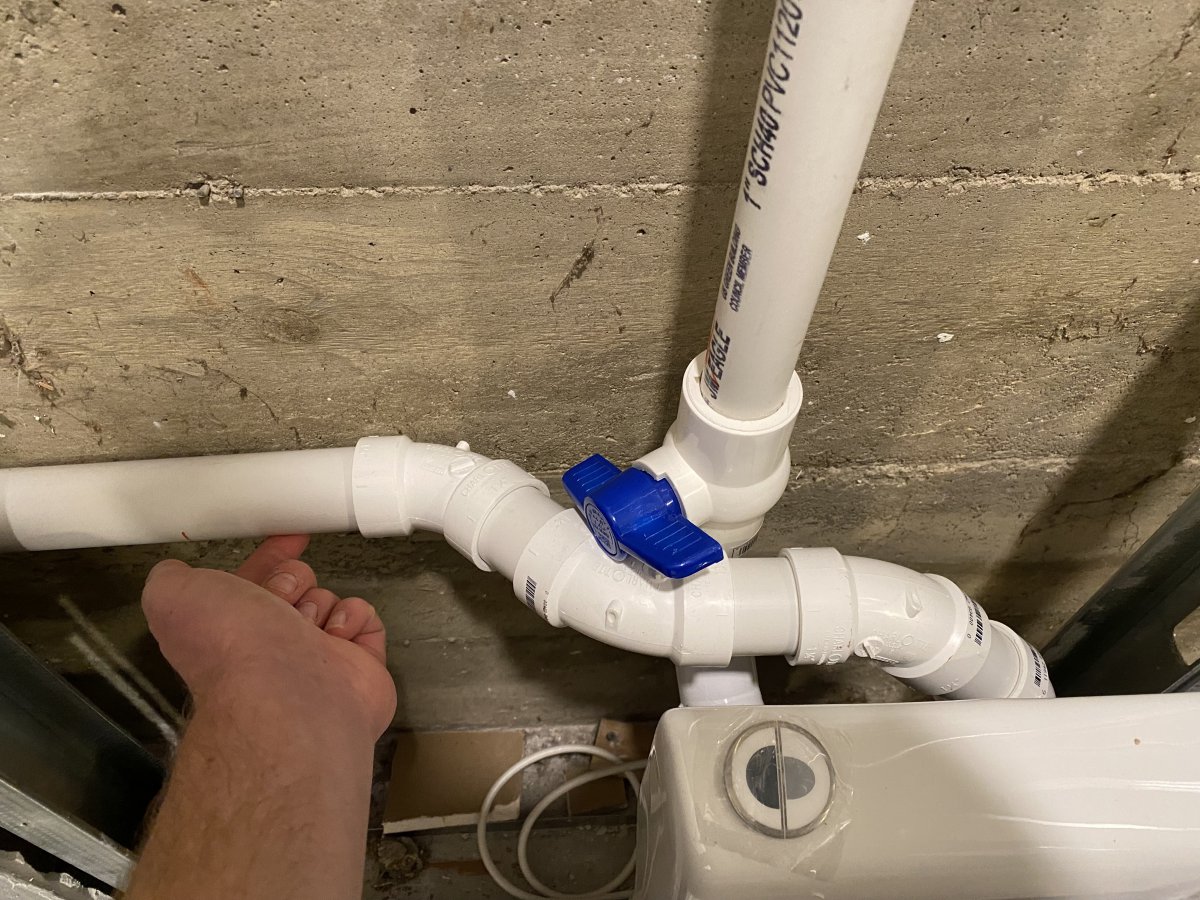 Here is an image of my original idea. I wasn't sure if the 90 circled would work or if two 45s would give a better angle. After the circled joint, there are two 45s leading to the vertical pipe. 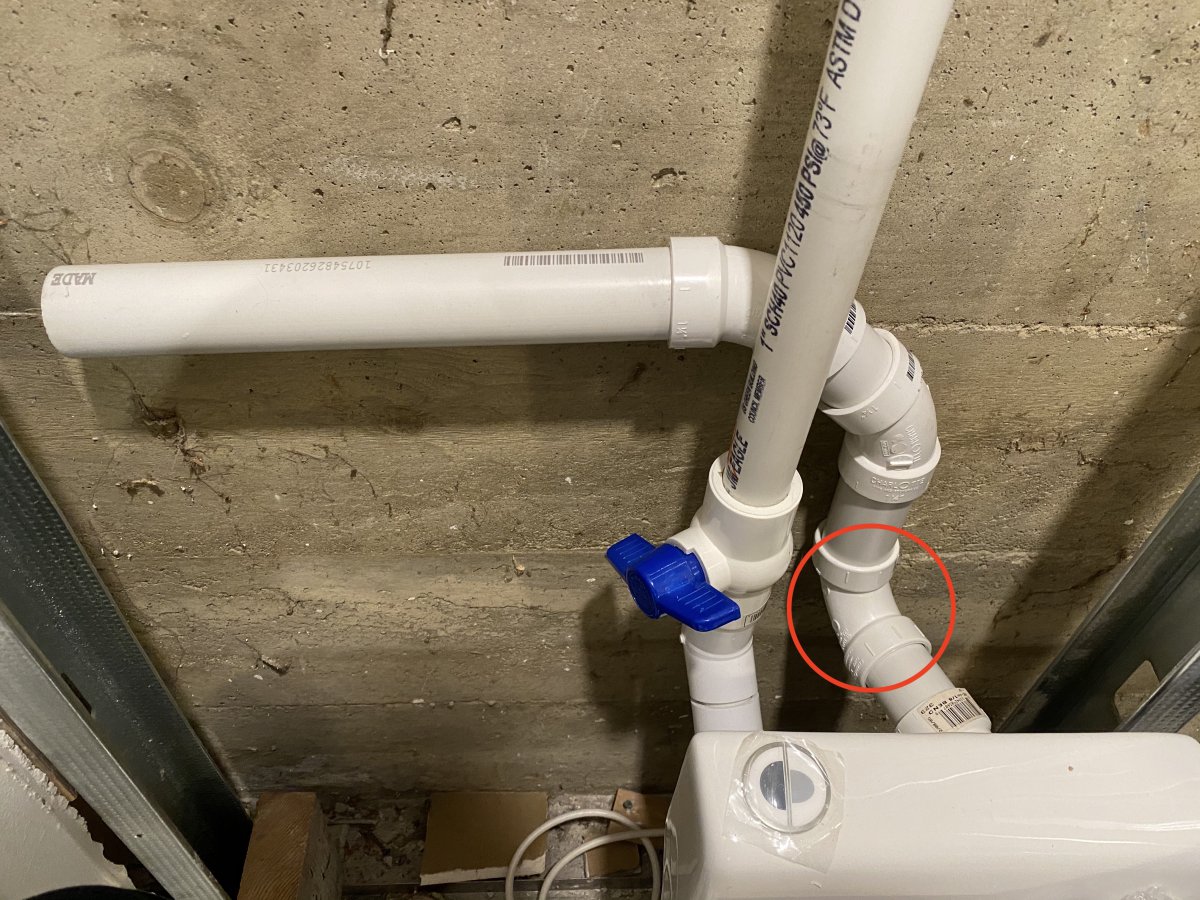 As long as you don’t have a garbage disposal in the line you should be fine. Also be sure you have a constant fall on the line.
You must log in or register to reply here.