Yes I bought a contractor series 10inch table saw in 2014 I use it on average twice a week for no more than 1/2 hour at a time maybe . It never has sounded very healthy and the other day it quit on me ,I took it apart and the armature gear that meshes with the blade gear was completely gone , keep in mind this is the contractor series!!And the average use is in the last year just how and why did this happen?? The only thing I can come up with is the gears were mismatched from the begining . Those gears should never shear off the way they did on the armature and I thought bosch was so good and what if I was a contractor and used the saw all day ?? Id feel like a fool and it would of died in 6 months if not sooner ,also why spend $ and have the same thing happen again??Maybe what is the reason this happened??? Eugeneh
Last edited by a moderator: Aug 28, 2018
Ad

What a sad story Eugeneh; which bosch model saw is it because this kind of information is highly useful as are general unbiased reviews from owners?

A couple of years ago I bought a Bosch garden shredder AXT 25D and one of the wheels fell off. Things aren't what they used to be?

Over the years I've used heavy cast iron saw benches buying these second hand as scrap and rebuilding them. Obviously they aren't portable but once restored last forever and each of them has been belt drive with remote motor.

I seldom do angle cutting so I decided to make my own saw bench designing it from scratch to be made from materials mostly to hand; it's a substantial bit of kit; it has a heavy duty 4hp single phase motor with correct DOL starter; it has twin belt drive with a 4" depth of cut; the arbour is extremely heavy duty and fitted with new bearings; no bells or whistles like soft start; its a bit of a beast but it sure does the job. Wheels were added in order to make it easy to move around; lifting the two handles lowers the wheels automatically; my design and it works. I also have a portable Skilsaw and a bandsaw plus jigsaw and other assorted saws; the big saw bench I made though is a pleasure to use and it doesn't bog down; for safety I installed a riving knife.

What a shame your saw has died. 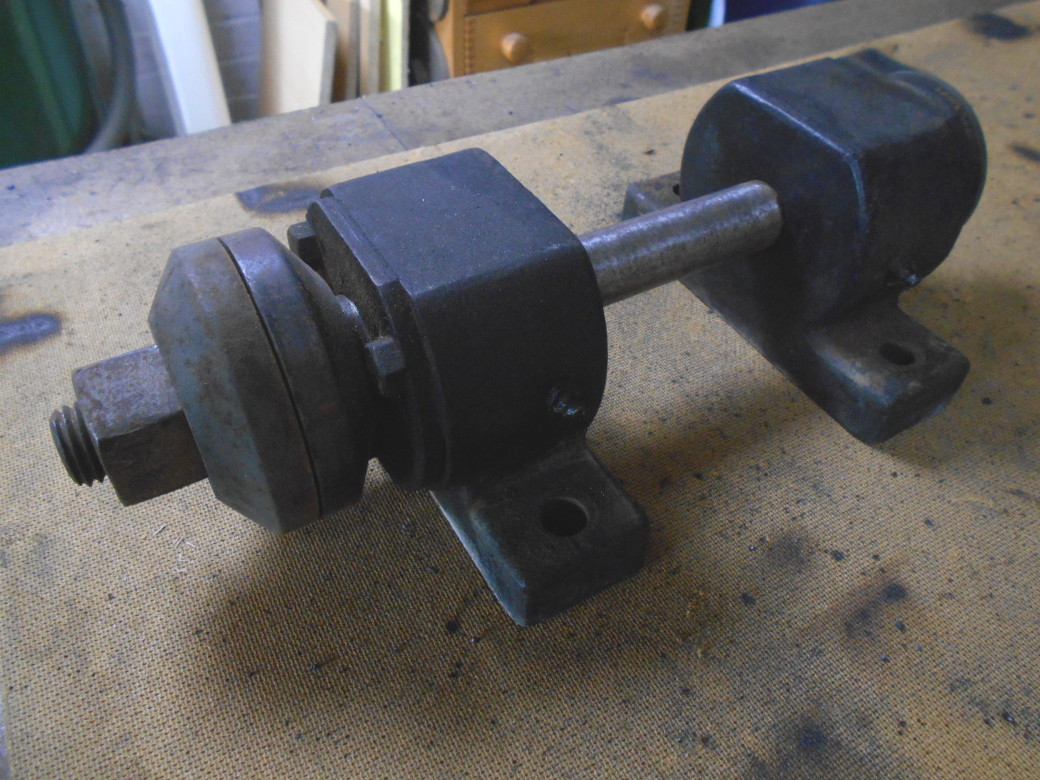 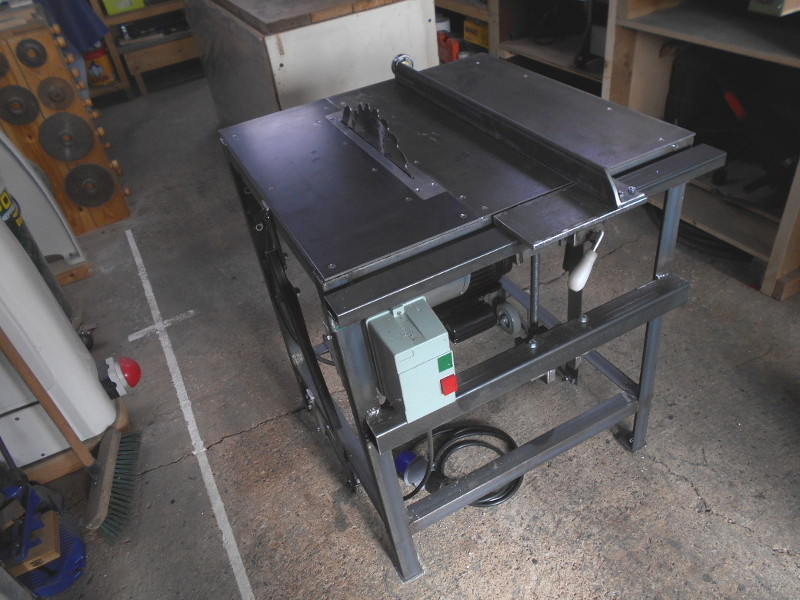 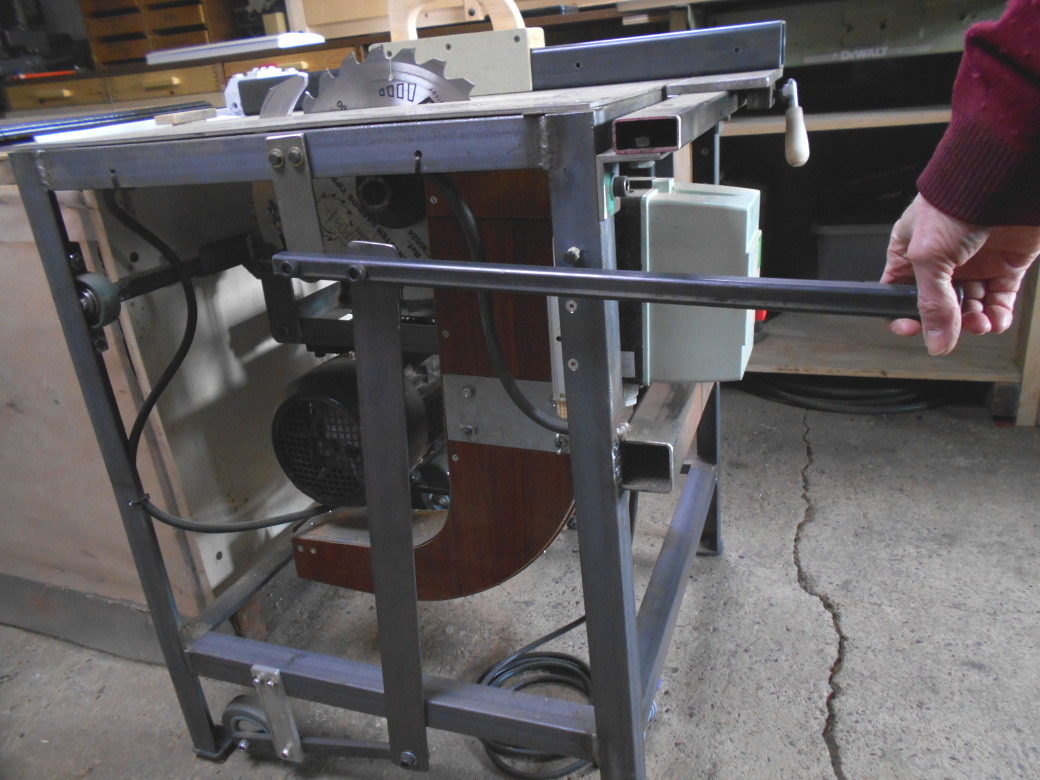 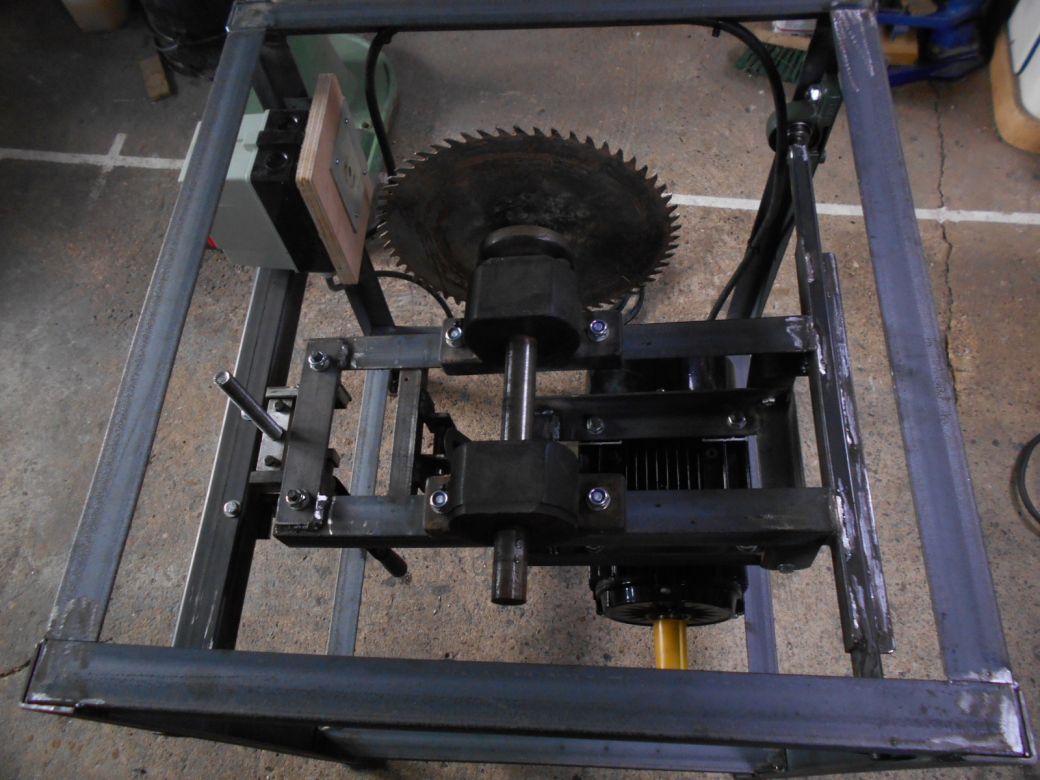 If it were me and I believed the issue was a manufacturing defect, I would call, email, Facebook post until I got satisfaction. Generally, big name manufacturers will stand by their stuff after warranty is gone. There might even be some sort of unpublished service bulletin about a bad batch of gears, Who knows? Research the model number and contact the company’s world headquarters, nothing to lose

Hi Eugeneh:
Interesting report on the Bosch failure. As Colin notes: Things are not what they used to be.
I live in Chile....and companies like Bosch (and many other "Big-Brand-Names") could not sell their products here without resorting to having them made under license in countries with lower labour costs...(No Names, No Pack Drill...But I'm sure you catch my drift!)
The quality control is better, obviously, they have a reputation to protect....but, in my opinion, the overall quality is nowhere near what you would associate with such brands.
Which is really irritating, to say the least, when you have paid a higher price for something which you thought would be much better than the cheaper unit on sale alongside.
(Made in the same country.)
To add insult to injury..... the selling store rarely wants to exchange the failed unit & much less, give you your money back...there is not the same consumer protection here as, say, the UK where they are obliged to do so.
The best they will do here is to send it away for repair....which can take months.

Kind regards to all.
Ad

Thanks PatagualFixer; I enjoy making anything useful from scrap or from offcuts costing very little other than my time; I designed the saw bench to suit me and my needs; all components are easily replaceable and it's got a lifetime warranty.

The Internet is full of reviews covering most things; some excellent some really bad; I sympathize with Eugeneh; it's never pleasant when something fails but here's a little story about a sawbench.

Years ago I used to buy industrial woodworking machinery from a local company and was well known to them.One day the company secretary asked if I could please help her father who had a saw bench that had died on him; he used it to cut firewood; I'm a sucker for a sad tale so I said ask him to bring it to my workshop and I'll have a look at it.

The guy arrived in a Fiat van with the saw bench which we unloaded; I knew immediately I had dropped myself in for a lot of hassle; it had an 110V plug on it and sure enough he had also brought along the transformer; our supply is 240V.

First test was to test the transformer and it was alive; the motor had died and it being 110V not an easy motor to replace cheaply; the guy was telling me he hadn't much money. I spent a full day converting this saw bench to single phase 240VAC. I removed a heavy duty top quality Brook Motor from one of my own saw benches and with quite a bit of modification to his saw bench I designed and welded a new motor mounting platform then installed my 2hp motor together with correct DOL starter; Bron fed the guy and supplied refreshments during the long day; finally the guy had a singing saw; the only charge I made was £30 in total which would go towards a motor for my saw bench so I was well out of pocket and spent a full hard day converting the guy's saw bench supplying metal and other components plus welding totally free of charge; the guy was happy and we shook hands as he departed.

A couple of weeks later this guy phoned me to say he had burnt the motor out and had already taken the motor to a motor rewind company who quoted him £100 for a rewind saying it was a top quality motor? After I had converted his saw bench I was tipped off about this guy; I had been taken for a real mug; the guy not only lived in a detached house he also owned two other properties which he rented out; on top of this the firewood he was cutting he was selling.

My reply to him was "don't you think I've done enough for you" and I promptly hung up.

I'll never defend poor workmanship or poorly made goods but once a machine/tool leaves the manufacturer the manufacturer has no other control over it; how often are power tools loaned out only to be returned broken?