So I'm at my wits end trying to mount a projector to the ceiling. I want to find a ceiling stud to screw the mount to, but am having no luck deducing where one might be. 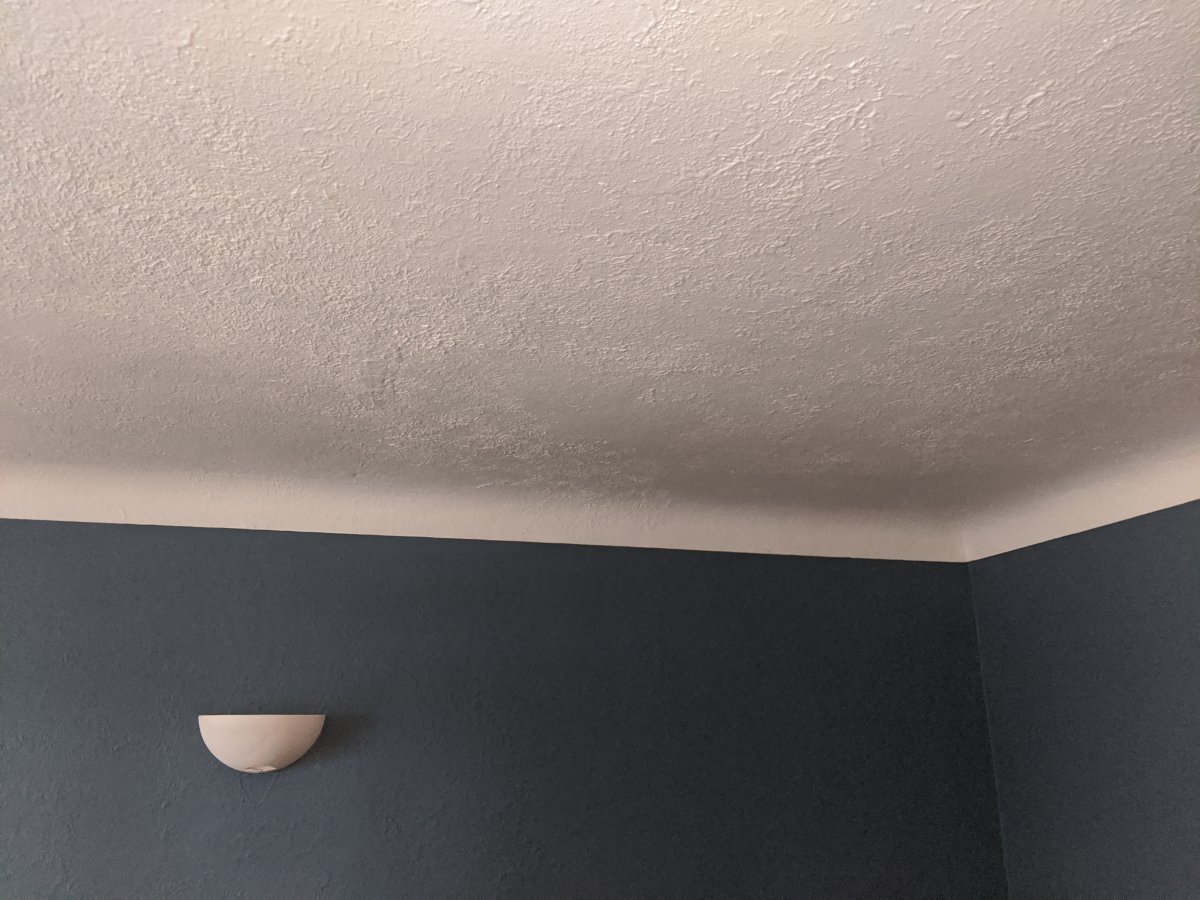 I live in a 6-unit apartment building first built somewhere in the 40s. I've got a neighbour above me so my ceiling is their floor.

I've attempted some conventional methods with no luck:
Stud finder, using a magnet to try and find nail heads, checking the wall next to outlets/light switches, drilling some holes at a few locations 15", 16", 17" & 23",24",25" from a wall and so far have not struck wood. Even tried tapping all over the ceiling to find the right sound

The light switches and receptacles all appear to be rear-mounted to wood instead of being nailed to the side of a wall stud. (I removed the one screw from this one to confirm it's wood behind) 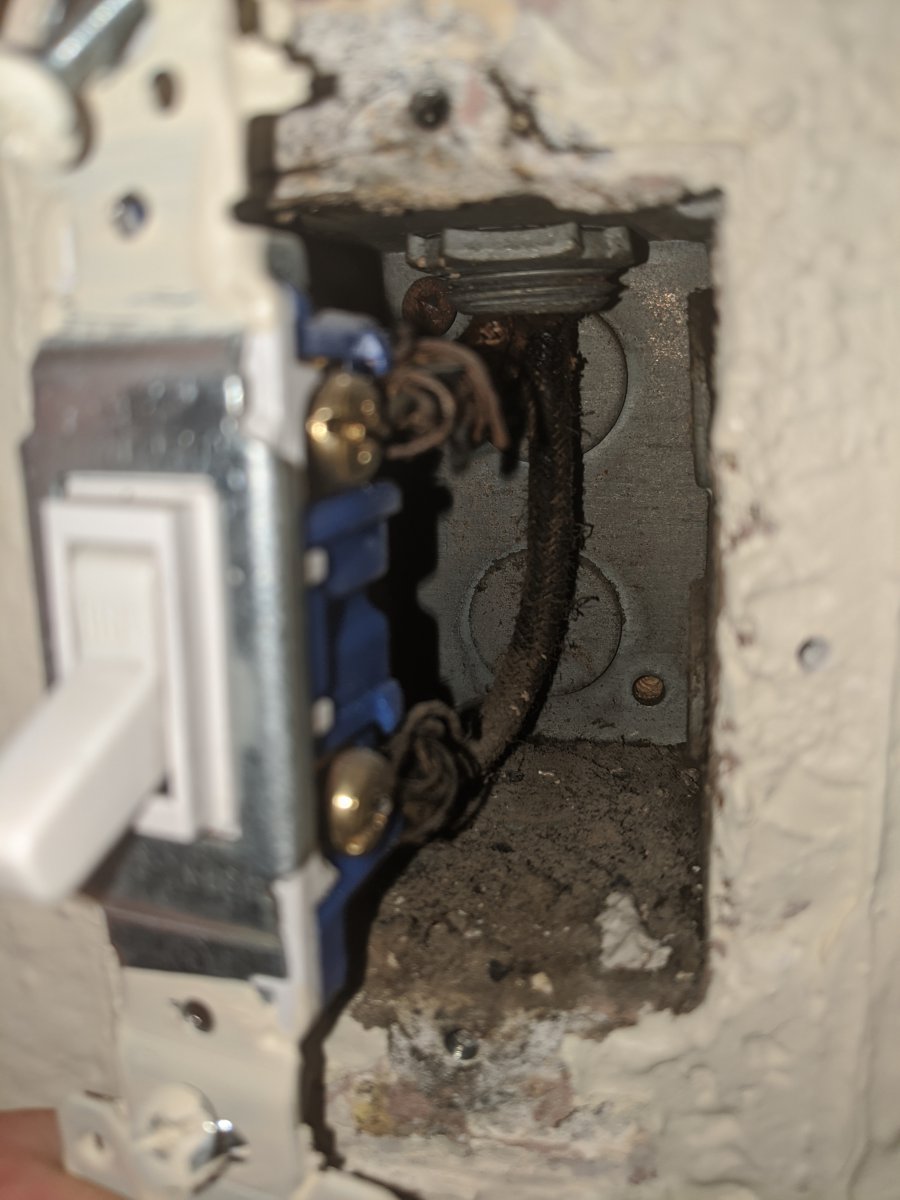 The walls and ceiling are both textured plaster on what I believe is gypsum sheets which are screwed to 3/4" slats that run perpendicular to the ceiling studs in question which are true 2x6s (2"x6" not 1.5"x5.5")

The bathroom has a drop ceiling that gives me a hint as to what the construction of the ceiling ought to look like across the apartment. 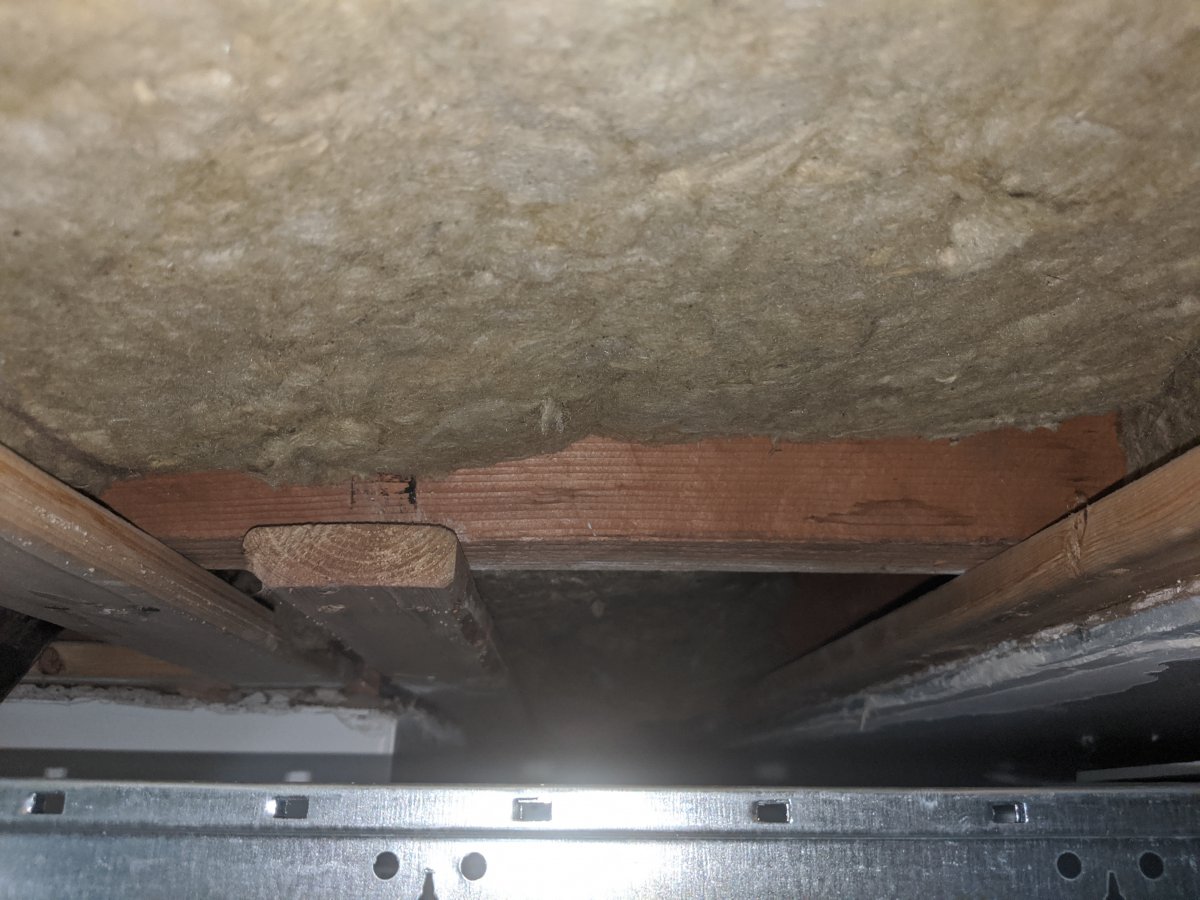 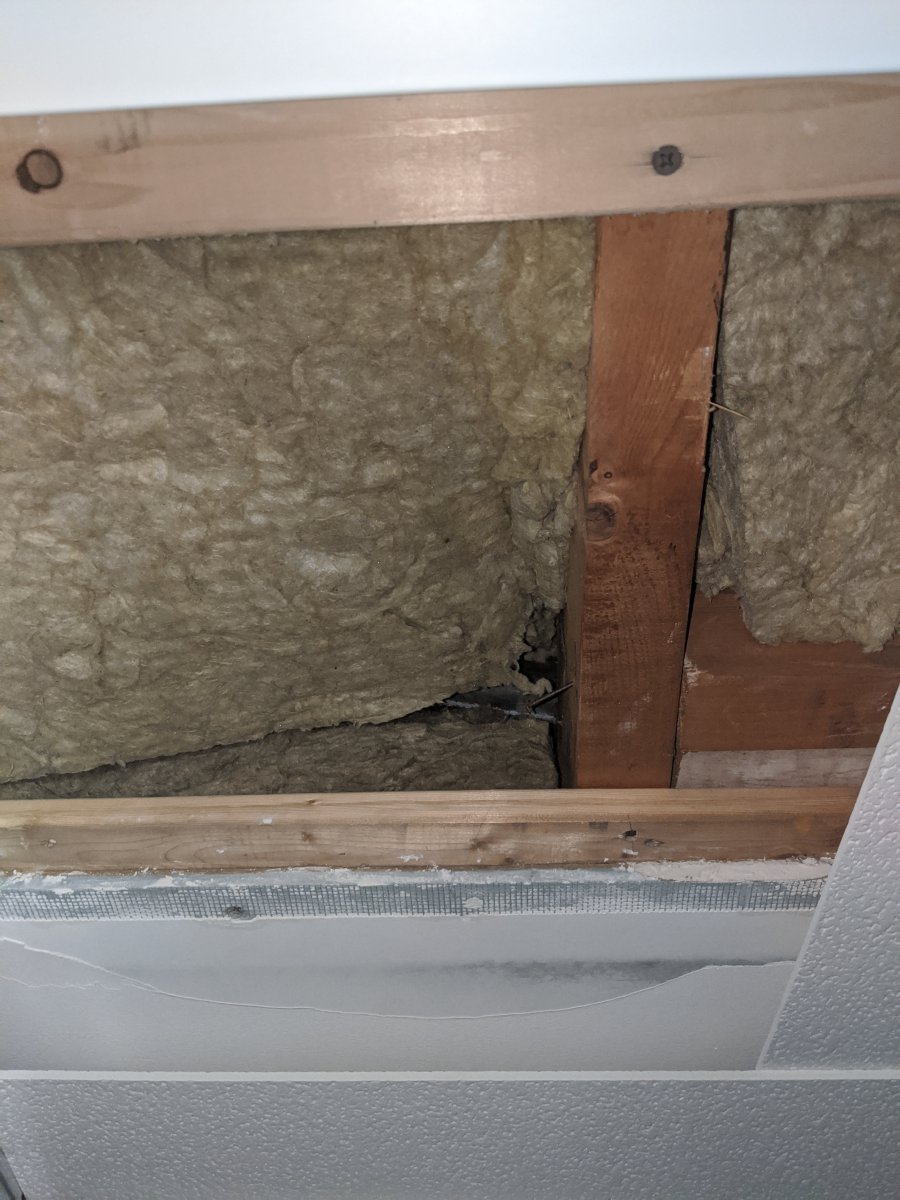 I even tried a peek into where I figured I'm guaranteed wood: the frame of the portal from the hall to the living room...just the wall board all the way through... 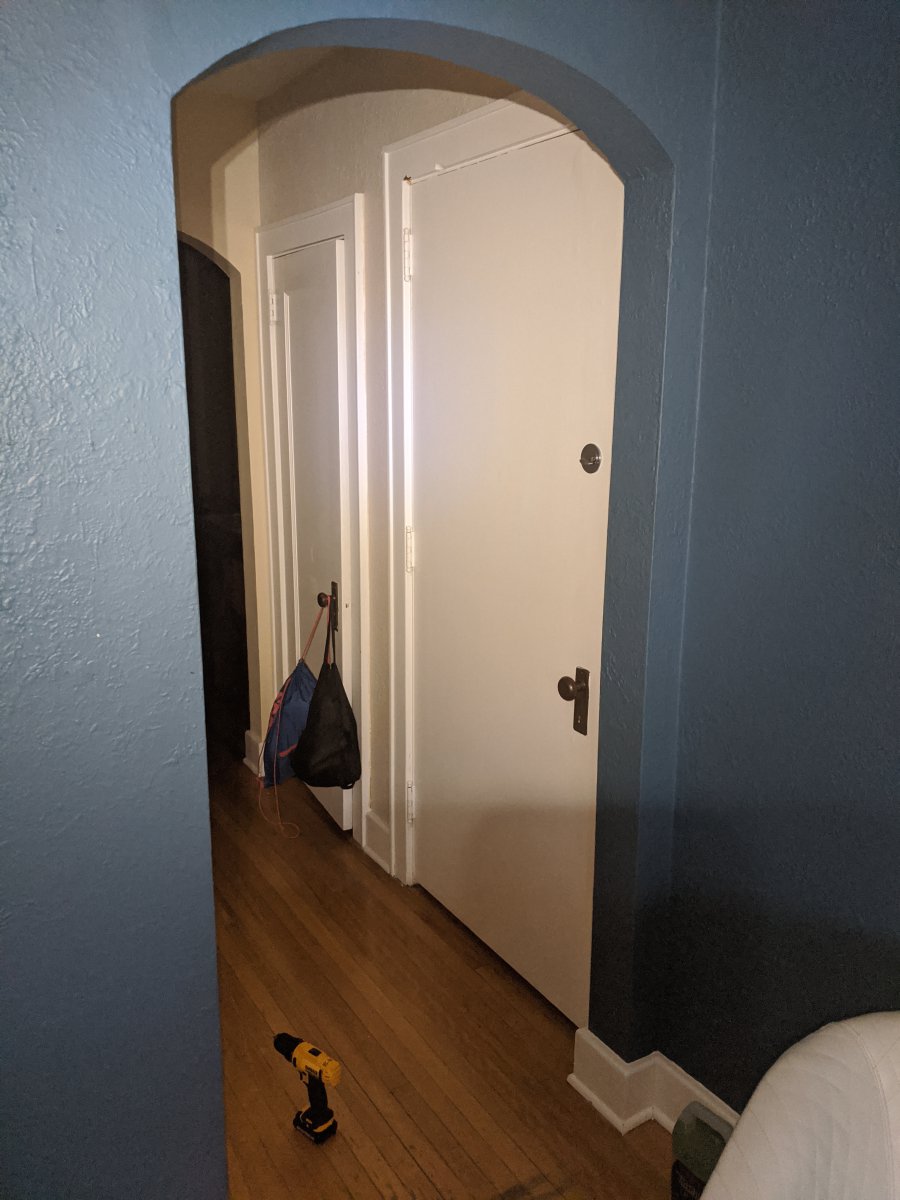 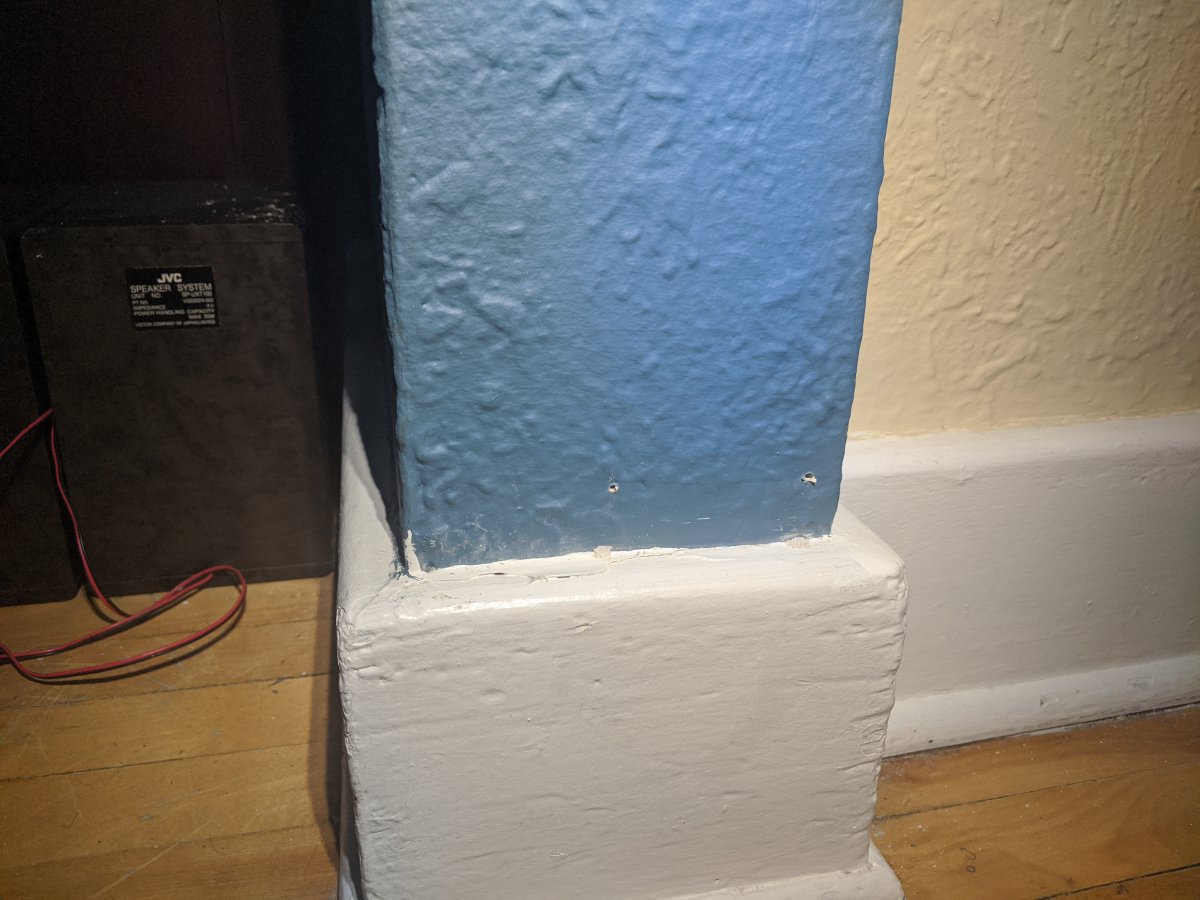 All that said, it seems like there's no rhyme or reason to what lurks behind these walls/ceiling and any help would be appreciated.